So Whose Problem Is Greek Debt, Anyway? 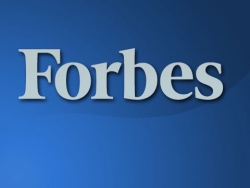 The Greek government has refused to accept any more loans to meet future debt obligations, claiming that as Greece is insolvent, lending it more money simply makes matters worse. This move seems to have caught everyone by surprise, but in fact it was clearly signalled by the leader of Syriza before its election victory. In an

“open letter to the people of Germany” published in Handelsblatt on January 13, Alexis Tsipras explained why Germany should support debt reduction for Greece (my emphasis):

In 2010, the Greek state ceased to be able to service its debt. Unfortunately, European officials decided to pretend that this problem could be overcome by means of the largest loan in history on condition of fiscal austerity that would, with mathematical precision, shrink the national income from which both new and old loans must be paid. An insolvency problem was thus dealt with as if it were a case of illiquidity.

In other words, Europe adopted the tactics of the least reputable bankers who refuse to acknowledge bad loans, preferring to grant new ones to the insolvent entity so as to pretend that the original loan is performing while extending the bankruptcy into the future. Nothing more than common sense was required to see that the application of the ‘extend and pretend’ tactic would lead my country to a tragic state. That instead of Greece’s stabilization, Europe was creating the circumstances for a self-reinforcing crisis that undermines the foundations of Europe itself.

My party, and I personally, disagreed fiercely with the May 2010 loan agreement not because you, the citizens of Germany, did not give us enough money but because you gave us much, much more than you should have and our government accepted far, far more than it had a right to. Money that would, in any case, neither help the people of Greece (as it was being thrown into the black hole of an unsustainable debt) nor prevent the ballooning of Greek government debt, at great expense to the Greek and German taxpayer.

Tsipras has been proved correct on both counts. As this graphic from the FT shows, all but about 11% of the bailout money went straight back to the holders of Greek debt by one route or another:

And Greek debt has ballooned to 175% of GDP – a level which could force the IMF to reconsider any further lending. Under its own rules, the IMF is not allowed to lend unless the debt is sustainable.

But the actual cost of debt service for Greece is well below market rates, and much of it does not have to be repaid for a very long time. Greece also benefits from a concession that means it does not have to make principal repayments on EFSF loans until 2022. Greece’s debt service costs do not appear unaffordable, at an estimated 2.6% of GDP. On the face of it, therefore, Greece’s debt should be sustainable. Indeed, other highly-indebted Eurozone countries could rightly feel aggrieved if Greece receives further debt relief. So what is the justification for writing down Greece’s debt?

The real problem is not Greece’s debt. It is the Eurozone’s bailout conditions, as Phillipe Legrain explains in the FT in response to a letter by Hugo Dixon:

What is really needed is less restrictive bailout conditions and relaxation of the fiscal compact rules. But the Greek government’s opening move was to risk default by refusing further bailouts and demanding debt relief. In my view this was for dramatic effect. The Finance Minister’s refusal to accept any more bailout money got the world’s attention, whereas a simple request for easier terms would have barely raised an eyebrow – and would therefore have been easily rebuffed by the Troika. Threatening to default is playing hardball.

And it got a hardball response. Germany’s Chancellor Merkel refused outright to consider further debt relief. And the ECB’s Liikainen warned that if the Greek government failed to secure a deal by the end of February, the ECB would pull the plug on funding for Greek banks.

More in this category: « Nobel winner: Germany's the problem, not Greece As Greece gives its marching orders to the Troika five reactions »