The Discerning Roar of Democratic Abstentionism 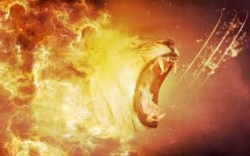 You can call me a leftist, you can call me right winger, a Stalinist, a Nazi, a crook, a liar, a cheat, and anything you consider miserable and unbearable.  Blame and shame me all you want… but just don’t call me a fool anymore….I am not buying any of this…

An interesting phenomenon is underway in the upcoming Greek elections.  It is a phenomenon that may give a new political definition to the word abstentionism.  A social cry called “αποχή» is being cultivated amongst

The oligarchic particracy, a system of government dominated by a few political parties, has enabled and led to crony capitalism and pork belly politics. It also seems to have tried enough of the patience of the Greek people.  More and more people are voicing that nothing can be done to change the dysfunctional system that is responsible for provoking the humanitarian crisis in Greece. It is a crisis of severe magnitude with up to 8,000 suicides, a 25% unemployment rate and rising, escalating poverty and a whopping estimate of 510,000 migrating out of the country in search for jobs.

“They have once again turned our children into Greece’s export products.  I have worked all my life to bring up and educate my children so they could benefit from a life style I didn’t have. And now, it is the same old story again, the children are leaving and families are being torn apart.  Just like the 50’s and 60’s …”

“I have been unemployed for four years. Who will give me a job now? Where is all this fat talk of economic recovery?... ”

“Why aren’t the culprits put in jail? One scandal after another and no one is in jail?..”

Rage, panic, despair and frustration are being galvanized into one big cry to prove two points:

First point is that no one believes in the system and their representatives.  There is no balance of power between the executive, judicial and legislative branches of power.  The political/economic elite was is not being held accountable for the economic and social plight.  Political and economic scandals are being brushed under the rug by a pulverized corrupt judicial system. The resounding bombardment by politicians with staled ideological perspectives, recipes and economic analysis that are broadcasted by the news media and blogs, are heard as cheap talk, fairy tales and are lightly weighed against the sight of a harsh reality.  The bottom line is that after five years of austerity, the system itself is too corrupt and inept to self-adjust in order to resolve the crisis.
The second point is to be seen as a type of “who is who”.  In other words, it is an attempt from the average citizen to see how many are still on the side of the political lackeys, corrupt opportunists, parasites and fairy tale believers; and those who are fed up with the injustices that were generated from the austerity programs and want a house cleaning job to be done- a much needed psychological empowerment.

“If we know how many of us are out there, together we could bring a change, we will prove a point that we don’t believe in them and we don’t want them”

“Your vote will legalize their corruption”

“Your vote for any party is an approval of the system-this is tyranny and not a democracy- wake up, wake up , wake up!”

There is no room for the Euro-drachma argument or pro or against Europe in this cry for “αποχή».  This is strictly an “in house” narrative.  And, the Abstentionists could not care less which political party either big or small wins the race. To the Abstentionists, all present political parties originate from the same “drinking well” and are educated in the same rhetorical hypocrisy to mask their own self interests.  On the contrary, what the Abstentionists are trying to pass is a strong message for democratic social, economic and political change in a passive aggressive manner and a form of civil disobedience- the “democratic abstentionism”-don’t vote.  In a country that once held one of the highest voting participation in the world with an average of 75% voter turnout, in the last election the percentage decreased to 65% or 60% (sources vary).  The Abstentionists are hoping this number will drop to below 50% as proof that there is a majority that has had enough.  There are some who argue that a discarded voting law that calls for a new election with less than a 50% turnout could be reactivated in order to give an opportunity for healthy members of society that lack access to the system to emerge, consolidate, organize under a new political force for change. But, that is to be seen in the process.

Of course, the supporters of the particratic system, do not sit idly and allow the Abstentionists to gain the higher moral ground with their calling.  System supporters hit back in the social media with an array of arguments to coax the public to vote.

Social media managers of political parties troll profiles and comment on blogs with a bundle of arguments aimed at getting former party members to reconsider:

“Don’t let anyone else decide on your future- vote”

Another major force going against this tide of abstentionism is a generation gap.  Old timers and pensioners are trapped in their own memories, remembering the Greek civil war after WWII, the monarchy and the dictatorship.  They fear that Greece would degenerate into its ugly recent past.  However, these old timers don’t see that most of the youth have migrated and, whatever is left of the youth, they have no motivation or reason for a call to arms in the sense that such action would solve any current problems. Still, the old timers will probably rush to throw a vote at some political party as an attempt on their part to insure civility. Unfortunately, as one third of the electoral vote, these old timers have polarized the nation with their horrid memories.  Autocratic in their views and geared with the argument that Greece never changes, they entreat the younger generations to accept this as fact, rather than allow the newer generations to explore other alternatives for an effective, modern. And the worst part is that these old timers nurtured the next generations to pursue “entitlements” that exist within the dysfunctional system.  In short, each generation that followed did not learn how to develop and to orchestrate their own society but instead complacently followed the same path of the old timers.

It will be interesting to see how much appeal this peaceful approach to political change will have in the upcoming Greek elections. And if the numbers fulfill the Abstentionists expectations, it would be interesting to see this call for action developing into a momentum for a sincere attempt to a much needed change in this country.

Disgusted with the politicians and political parties that are responsible for the current situation, the Greek people remember a time when their ancestors explained that you have either tyranny or you have democracy. One pays taxes to help the common good and not to finance tyranny and corruption.  That, on the one hand, the main duty a person has in a tyrannical state is to just pay taxes without any questions asked, and on the other hand, the main duty of a citizen in a democratic state is to participate as a member of society; for above all human rights, there is the right to question, to think, to wonder, and to explore for answers to a problem.  And last, civilizations are built around the good will of the people for the common good. Yep, the Greeks know that one… Cycladic, Minoan, Mycenaean, Archaic, Classical, Hellenistic, Byzantine..now that is not the work of tyranny.